The Anatomy of the Voice 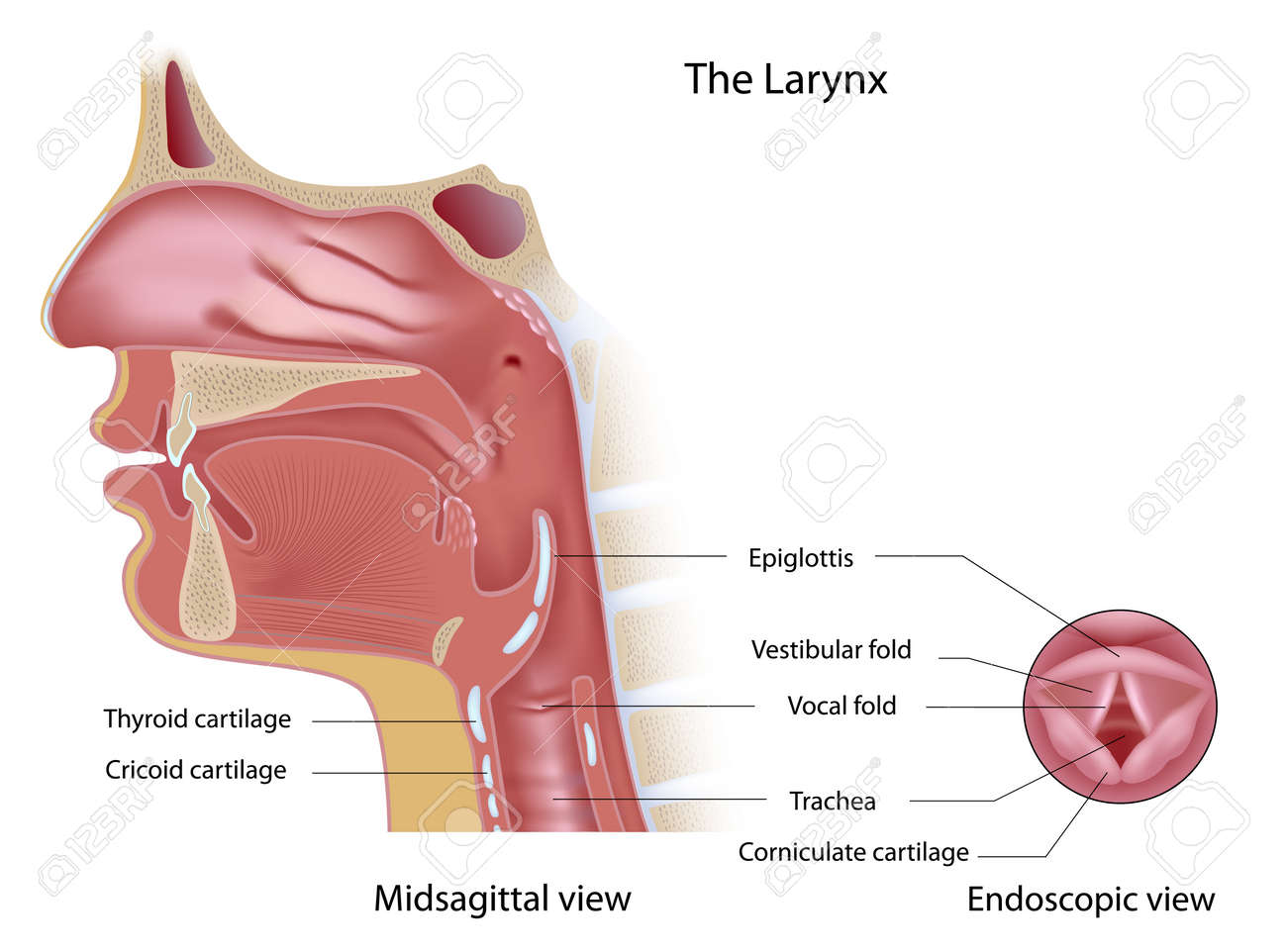 Larynx, also called voice box, a hollow, tubular structure connected to the top of the windpipe (trachea); air passes through the larynx on its way to the lungs. The larynx also produces vocal sounds and prevents the passage of food and other foreign particles into the lower respiratory tracts. The larynx is composed of an external skeleton of cartilage plates that prevents collapse of the structure. The plates are fastened together by membranes and muscle fibres. The front set of plates, called thyroid cartilage, has a central ridge and elevation commonly known as the Adam’s apple. The plates tend to be replaced by bone cells beginning from about 20 years of age onward. The epiglottis, at the upper part of the larynx, is a flaplike projection into the throat. As food is swallowed, the whole larynx structure rises to the epiglottis so that the passageway to the respiratory tract is blocked. After the food passes into the esophagus (food tube), the larynx relaxes and resumes its natural position. The centre portion of the larynx is reduced to slitlike openings in two sites. Both sites represent large folds in the mucous membrane lining the larynx. The first pair is known as the false vocal cords, while the second is the true vocal cords (glottis). Muscles attached directly and indirectly to the vocal cords permit the opening and closing of the folds. Speech is normally produced when air expelled from the lungs moves up the trachea and strikes the underside of the vocal cords, setting up vibrations as it passes through them; raw sound emerges from the larynx and passes to the upper cavities, which act as resonating chambers (or in some languages, such as Arabic, as shapers of sound), and then passes through the mouth for articulation by the tongue, teeth, hard and soft palates, and lips. If the larynx is removed, the esophagus can function as the source for sound, but the control of pitch and volume is lacking. In other forms of animal life, sounds can be produced by the glottis, but in most, the ability to form words is lacking. Reptiles can produce a hissing sound by rushing air through the glottis, which is at the back of the mouth. Frogs produce their croaking sounds by passing air back and forth over the vocal folds; a pair of vocal sacs near the mouth serve as resonating chambers. In birds the larynx is a small structure in front of the trachea; it serves only to guard the air passage. Understanding the anatomy of the voice, or the larynx, is essential in improving your vocal quality and control. This is especially because of how the vocal folds connect together in conjunction with breath control.